Following the road south from Kandersteg brings one in a short distance to the Sunnbuel gondola which saves a climb of 750m before crossing the Gemmipass - a fascinating pathway through the Bernese Alps and the watershed between northern and southern Europe. The far side of the pass also has a gondola down to Leukerbad. Not using either gondola and walking all the way will add a day to the total route though the track to Leukerbad is built into the cliff face and looked so good that I regretted getting on the cable car.

From Leukerbad I had intended getting a bus to Visp in the Rhone Valley and another to Turtmann but I was offered a lift there by the Husky Man - not on the husky sled though - which saved me much waiting at bus stops. My night at Oberems was spent at the Emshorn Hotel where I was welcomed like a friend. 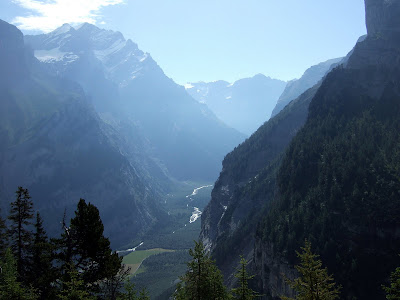 The spectacular valley of the Gasteretal seen from Sunnbuel en route to the Gemmipass. The high peak on the left is the Doldenhorn (3638m). 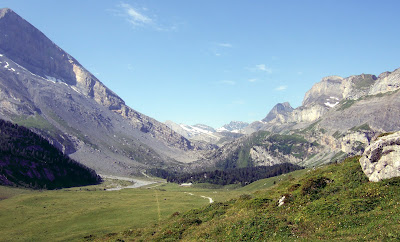 The wild landscape of the Gemmipass. An easy trail crosses the Bernese Alps here - a route that has been in use for centuries from the Kandertal in the North to the Rhone Valley in the South. 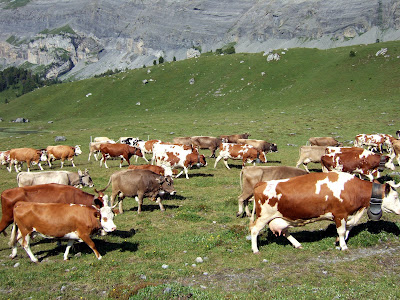 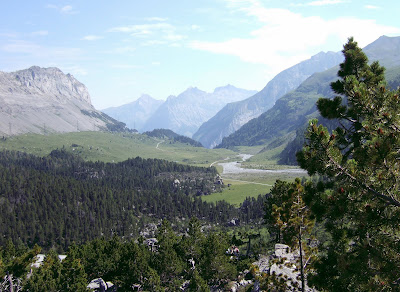 Half way to the top of the pass, the trail climbs a shallow step of about 150m - looking back towards the Kandertal. 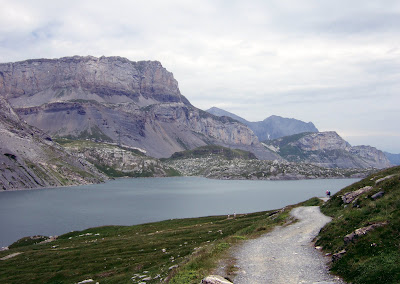 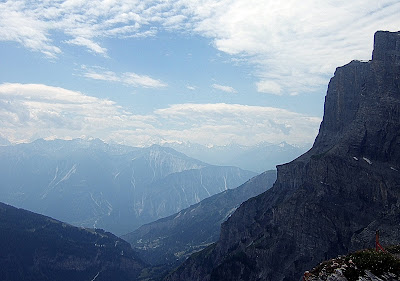 The first views of the Pennine Alps where we are headed. The summit of the Gemmi at 2322m is more like the edge of a plateau than a col with high country to the North and a sharp drop off to the South. It marks the watershed between northern and southern Europe with rivers to the North draining towards the Rhine and ultimately the North Sea while those to the South feed the Rhone which drains to the Mediterrannean. 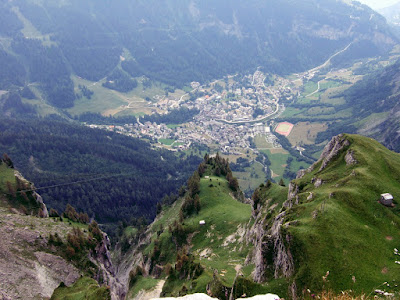 Looking down to Leukerbad from the edge. It's about 1000m down and there's a choice of a sensational looking path or the gondola. 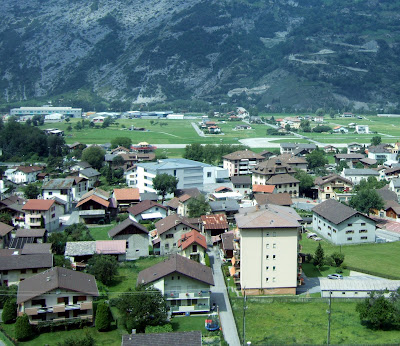 Turtmann in the Rhone Valley was the lowest point of the route at 640 metres or 2100 feet. An unmanned cable car ascends from here to Oberems. 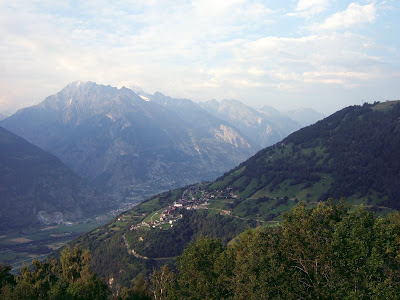 The charming hamlet of Oberems in the canton of Valais overlooks the Rhone Valley and the southern side of the Bernese Alps.
back to day 4 >>> Griesalp to Kandersteg
on to day 6 >>> Oberems to St Niklaus
Posted by Pete Buckley at 10:04