Easily reached from the First gondola, the Faulhorn is quite deservedly a popular ascent from Grindelwald with the route passing the beautiful Bachsee en route to the summit where the walker will be rewarded by breathtaking views of the snowy Oberland peaks across the valley.

This route involves a little over 500m of ascent with 900m of descent and is about 8km in distance. To make it easier, return to First instead of descending to Bussalp or for a longer walk leave the gondola earlier and walk to First. Walking from Grindelwald would involve over 1600m (5250ft) of ascent - something I would not recommend on a warm summer's day! For the full account of this walk please see my Faulhorn entry on travellerspoint. 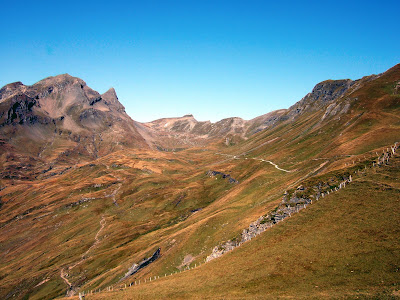 An easy path leads from the First Gondola station towards Bachsee which is in the hollow ahead. The Faulhorn (2681m) is identifiable at the head of the valley by the building on the summit which is the Berghotel Faulhorn. 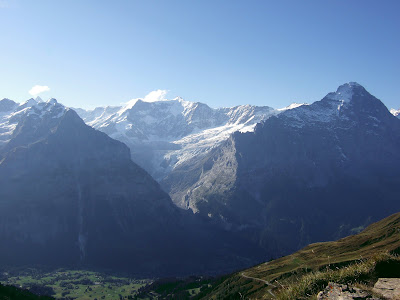 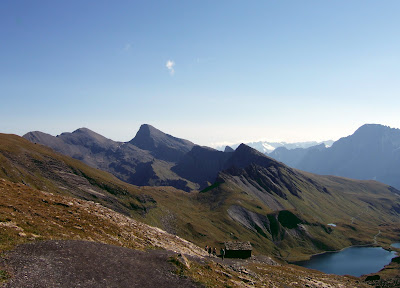 Hikers approach the Gassenboden col (2553m) with the Bachsee visible down to the right. For some bizarre reason my camera did not take the photo I took of the Schreckhorn reflected in the Bachsee which is a classic view so it's not on here. It is however on plenty of other sites - or you can go there to see it - which is much better. The peak beyond in this photo is the Schwarzhorn (2927m). 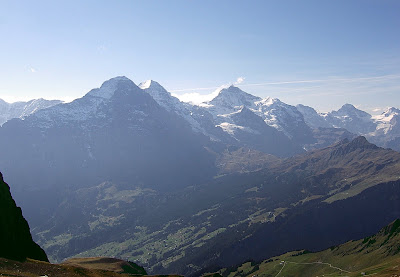 As the path reaches the Gassenboden col you are rewarded for your efforts with this wonderful view of the Eiger, Monch and Jungfrau. 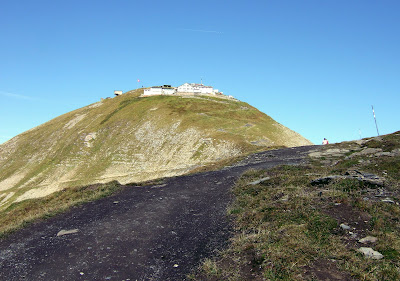 Then you are reminded that there's still a little way to go. A wide easy path makes its way up to the summit of the Faulhorn. 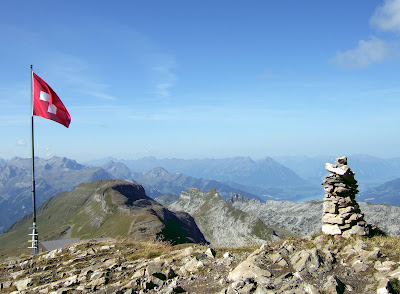 The Faulhorn summit at 2681m (8796ft) and a typically Swiss scene with the flag flying. The views over the other side are not bad either! 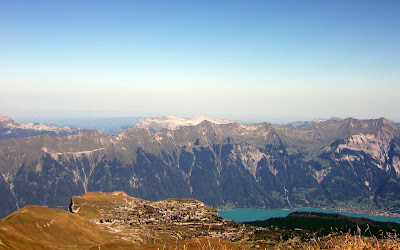 To the North lies the Brienzersee which is over 2200m (7200ft) below and is backed by the Alpine foothills. 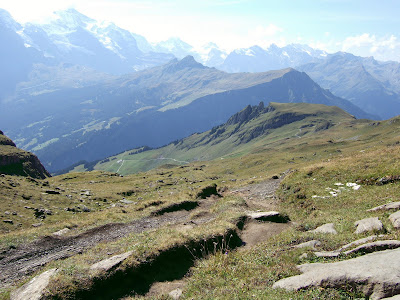 Back at Gassenboden a path turns off steeply down over the far side of the col. It is still easy but rather rougher than the way we came up. 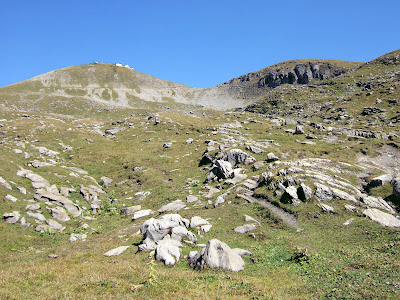 The way leads down through a pleasant backcountry that seems wild compared to the busier path from First. In this view we're looking back up towards the Faulhorn with the Berghotel just visible on the summit. 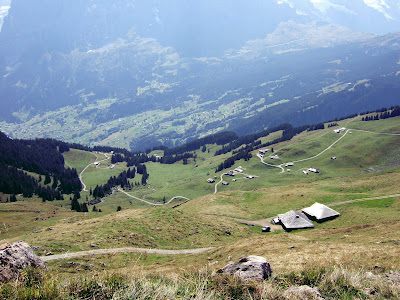 Looking down to Bussalp from the lower part of the path. The first buildings are known as Oberlager and the mountain path here becomes a wide farm track that leads to Mittellager. 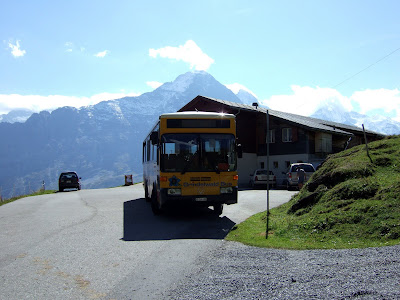 All these references to lager were making me thirsty so I opted to catch the bus down from Bussalp to Grindelwald where I could partake without facing a long walk afterwards. The Eiger is the mountainin the background.